Mysterious murder of the Jamisons. 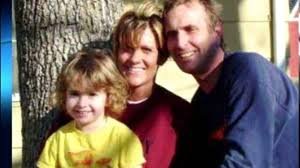 Sherilynn and Bobby Jamison met in 2002 and immediately hit it off. They had a short relationship before they had a baby girl named Madyson in August 2003. When the family should be celebrating with joy, it all turned sour for them in November when Bobby was involved in an accident. He survived that accident but suffered injuries that would leave him with severe back pain plaguing him for years to come.

There were days where he would find it difficult to get out of bed and this had the knock on effect of making it increasingly difficult for him to work. Regardless, the family kept their head up and 11 months later, in July Bobby and Sherilynn were married in Hot Springs Arizona. They lived in a large lakefront home in Eufaula, Oklahoma which was surrounded by a large garden.

When everything seemed to be normal for the Jamison’s, a series of difficult events and circumstances led them down a turbulent path.

In 2007, Sherilynn’s sister passed away due to an unfortunate bee sting and in 2008, Bobby’s parents got divorced, leading to a severe dispute between Bobby and his father. The fallout was not gentle. There were law suits filed against his father. In the court procedures, Bobby also claimed that his father was deeply involved in prostitution, meth and the Mexican mafia, though there is no real evidence to support this.

The year 2009 was another particular trying year for the family. The daughter Madyson was hit in the face by a swing at school that knocked out her front two teeth. Bobby and Sherilynn reacted to it extremely, by removing Madyson from school entirely and prepared her to be home-schooled. While at it they also filed a lawsuit against the school. By this time, anyone would assume that the Jamison’s were quite comfortable with the court.

During the month of July a handyman and family friend named Kenneth Bellows had moved into their home to help out with home maintenance, as Bobby was still suffering from back pain after his accident that now left him taking pain medication on a daily basis.  Just months later in August 2009, upon finding out that Sherilynn had Native American heritage, Bellows white supremacist leanings were uncovered. Fights between the two broke out that resulted in Sherilynn firing a .22 calibre pistol into the ground near his feet. Naturally, it all ended with their relationship being broke down permanently.

The Jamisons were a fairly religious family; Bobby was also seeing a pastor Gray Brandon to enquire whether it was possible to buy bullets of special kind, like the ones used during exorcism. This unusual request was explained by saying that he wanted to kill the ghosts that lived in his roof. This notion was backed up by Sherilynn, who claimed that there were 3-4 spirits in their home, making up a family who were apparently named Michael and Emily and their daughter who spoke to Madyson.

The pair found the spirits to be an unsettling presence in the household and Bobby had even bought a satanic bible that he planned to use to “exorcise the spirits”. Reports are varied about the spirits because it is even said that as a coping mechanism Madyson had started talking to someone named Emily. But there was Sherilynn who had started leaving small notes around the house with scribblings on such as “get out Satan”.

Evidently the family had plans to buy a 40- acre plot of land near Red Oak, Oklahoma which was around 30 miles from where they already lived. On the day the family disappeared, they were seen from a surveillance video packing up their car in a very unusual state. Investigators said that the parents seemed to be almost in a trance. They were emotionlessly walking back and forth from house to car, not once looking or speaking to one another.

A container sat on the Eufaula property, which the Jamisons planned to bring with them when they started their new life; supposedly, the idea was that they would live in it until they had built their actual home. On the storage unit, Sherilynn had written strange ramblings about her ‘black cats being poisoned’ and that ‘witches did not like it when their cats were killed’. She was convinced that someone had killed her cats and did not hide anything about it or was afraid of letting anyone know about it. As anticipated, this made neighbours very uncomfortable, and they did their best to avoid the family at all costs. In the end, this worked out well for Sherilynn, as she really wanted to be left alone.

Disappearance of the Family.

October 16th 2009. According to family and friends, it was not uncommon for them to disappear for several days without really notifying anyone. The Jamisons were very fond of nature and solitude. On top of this, the family had informed Madyson’s school that they would be withdrawing her, as they were moving away, hence why the school never asked.

Eight days after anyone had last seen or heard from the Jamisons on the 8th, Hunter reported an abandoned truck on the top of Panola Mountain and reported it to police, who determined that it belonged to the Jamisons. The truck was locked shut and it appeared that all of the family’s possessions, including their dog Maisy, were inside. Maisy was miraculously still alive, but extremely malnourished, having not eaten for a number of days.

Police recovered a number of personal items, including their cell phones, Sherilynn’s purse and Bobby’s wallet from the truck. The police figured that the family must be lost somewhere in the woods, as the tress there are very dense, the terrain uneven and difficult to navigate. Later the police used GPS coordinates from Bobby’s phone to track the steps the family must have taken, which took them up a hill, where they discovered small footprints that clearly belonged to Madyson.

The police reports say that the family spent around 15-20 minutes at the top of the mountain before making their hike down. Nevertheless, this is where the mystery really begins, as no ever saw the family alive again. The police conducted a massive search, involving search dogs, over 100 officers and members of the public, on the ground and in helicopters. However, they failed to locate the family.

Police continued to search the truck for more clues to locate the missing family. They did, in fact, discover a number of leads. They found $32,000 in cash near the front seat. They also discovered an extremely hostile and hateful 11- page long letter written by Sherilynn to Bobby. The letter expressed that Sherilynn felt that Bobby did not care for his family and did not need them, criticising him for being ‘hermit’.

Table of Contents show
1 Discovering the Family.
2 What happened to the Jamison Family?

4 years after the disappearance of the Jamison family, the bodies of Bobby, Sherilynn and Madyson were discovered. By now of course they were skeletons, and although people suspected right away that the bodies belonged to the family, this had to be confirmed by the Oklahoma medical examiner. In the month of July in 2014, the bodies were confirmed as being the Jamisons. They were so decomposed though, that the medical examiner was unable to find the cause of death. Bobby, however, was discovered to have a small hole in the back of his skull, which may well, have been from a bullet.

What happened to the Jamison Family?

There are countless theories out there as to what happened to the Jamisons. Here are few theories which are interesting and worth a read.

Authorities began to consider this seriously when they discovered Sherilynn’s long and hate filled letter to Bobby, and her volatile episodes that always occurred due to her bipolar disorder. Another suspicious thing was that Sherilynn always carried a .22 pistol with her. However, there was no sign of the pistol in the truck as well as the house. But if it was a murder suicide, what happened to the gun? It was not found near the bodies when they were discovered. Friends and family of the Jamisons opposed to this theory, acknowledging that although Sherilynn and Bobby’s marriage was strained, they really did love each other and that Sherilynn could never do that to her family.

Friends and Family, particularly Sherilynn’s friend Niki, support the theory that the family was kidnapped at gun point and led away from the truck. This theory is backed up with the fact that they left all their possessions in the car, even Maisy the dog, whom Madyson brought everywhere with her. The fact that the Jamisons left their phones and wallets in the truck suggest that they may have been forced to leave in a hurry, not having enough time to gather their belongings.

The $32,000 cash found brings up the question if there was some drug deal that went horribly wrong, resulting in the murder of the family? Maybe, it is hard to prove anything or saying thing due to lack of evidence.

It’s all very strange that we will never really know what exactly happened to the Jamisons. Did anyone really know them at all? If they would have been not so private with their life maybe they could have been alive right now. 10 years and we still are clueless about what really happened with the family. Looks like we are going to be in dark about it for a long time.

Discovery of the Massive 500-Year-Old Distillery in China

NASA has been showing a steadfast improvement in the field of space technology. Not...
Previous articleMost Plausible Theories for the Construction of the Pyramids of Giza
Next articleHow did Sikorski really Die?
© Newspaper WordPress Theme by TagDiv